CITATION Please acknowledge use of this application in your work:
IS-EPOS. (2015). Spectral Analysis [Web application]. Retrieved from https://tcs.ah-epos.eu/

After the User adds the Application into his/her personal workspace, the window as shown in Figure 1 appears. The following files are necessary in order to perform the spectral analysis: 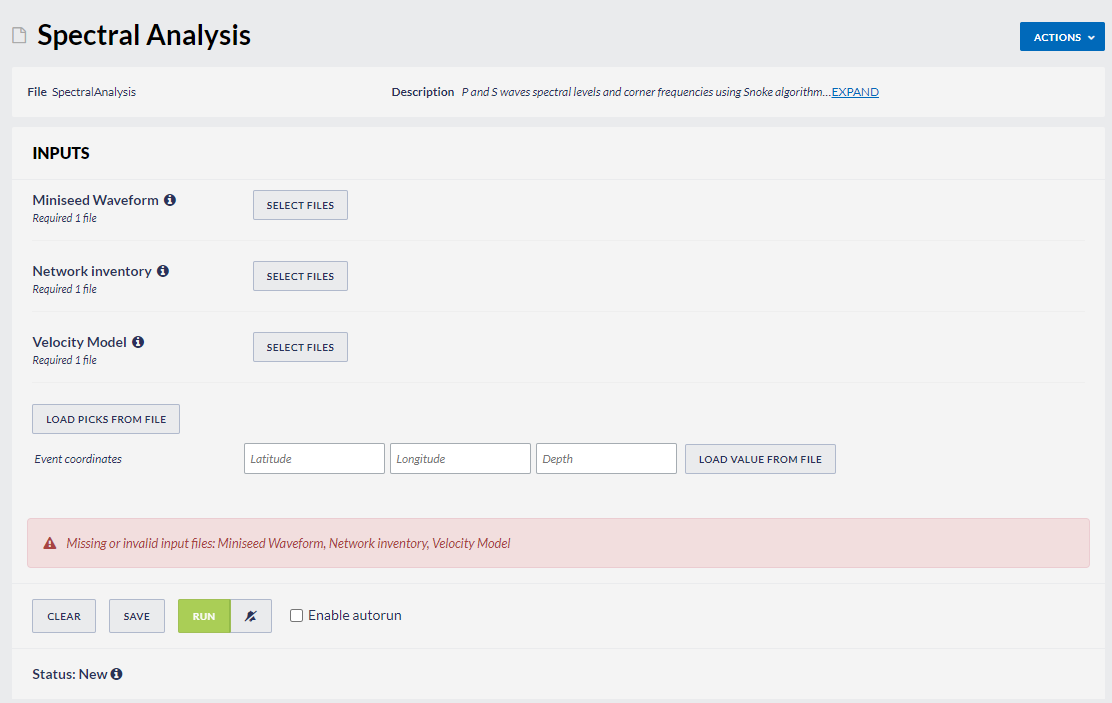 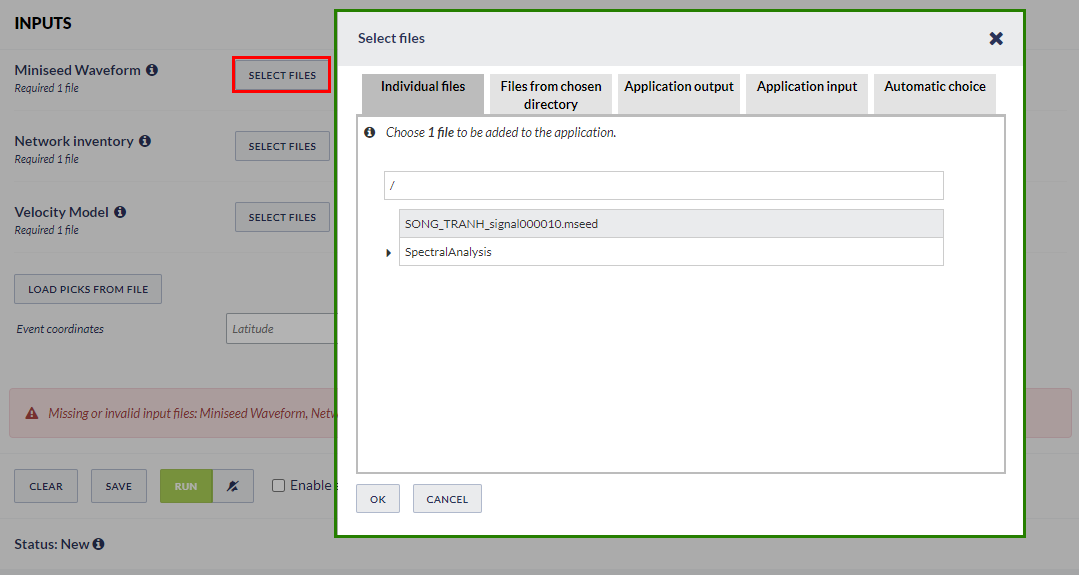 Once all these files are uploaded the waveforms are shown in the screen and are available for elaboration. As depicted in Figure 4, only the vertical channels are shown by default, since the methodology applied in this application uses only P-waves. Nevertheless, the User can make all the channels appear on the window, by ticking the 'N' and 'E' components, below the 'Show channels' (field 1).

The options provided by the waveform viewer are described in Figure 4. When clicking on one waveform, a detailed waveform window extends.

NOTE: Although it is not necessary to pick P-wave nor S-wave arrivals in all of the waveforms to run the application, a minimum of 1 pick is required for the application to proceed to the calculations. The number of the seismograms, P-wave phases and S-wave phases picked, are updated each time the User makes a new picking. The User may also load picks from XML file (red filed in Figure 4) rather than processing the waveforms manually. 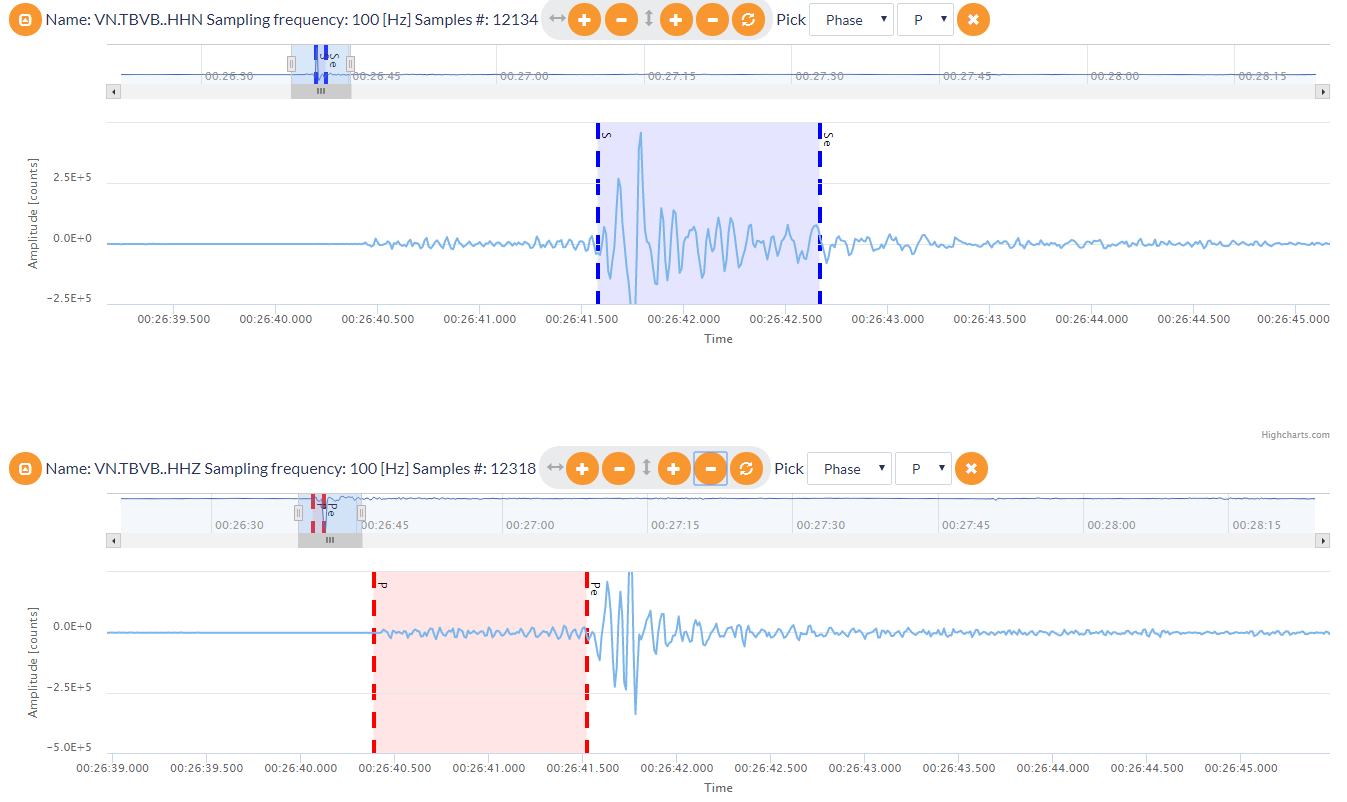 The User may repeat the process for additional vertical or horizontal components of other stations. When the picking is over, the User shall click on the 'RUN' tab (green button) to initiate the waveform analysis. Soon the process will terminate and the Spectral Analysis results are available (Figure 6). Graphs are also generated (Figure 7) and can be downloaded in different formats. Similar results are also obtained for the P-Wave analysis.

Figure 6. Output parameters of the application Figure 7. An output graph of the application